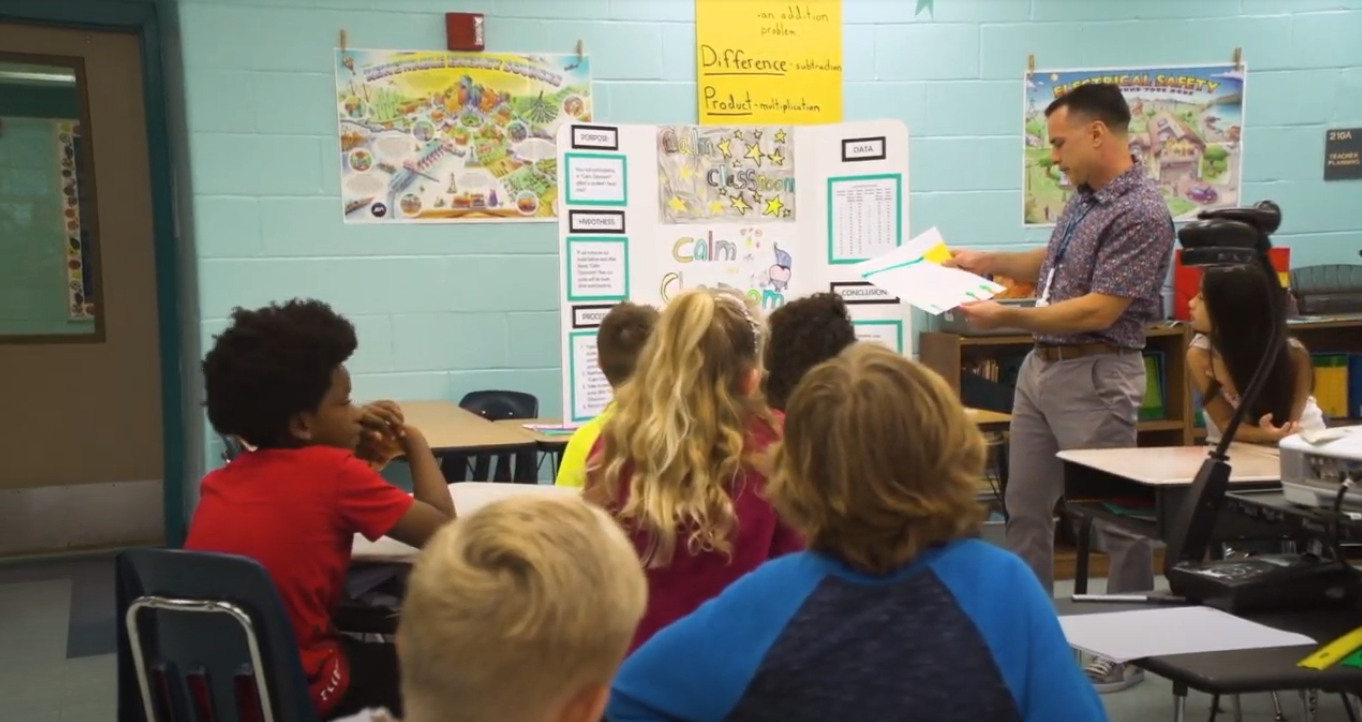 Here’s a short video where Mr. Vasileff discusses his research and experience with Calm Classroom:

Narrator: By the way, one interesting side note, we now have scientific evidence about Calm Classroom, thanks to Mr. Vassilev and his third-grade class, who took on testing the concept as a science project.