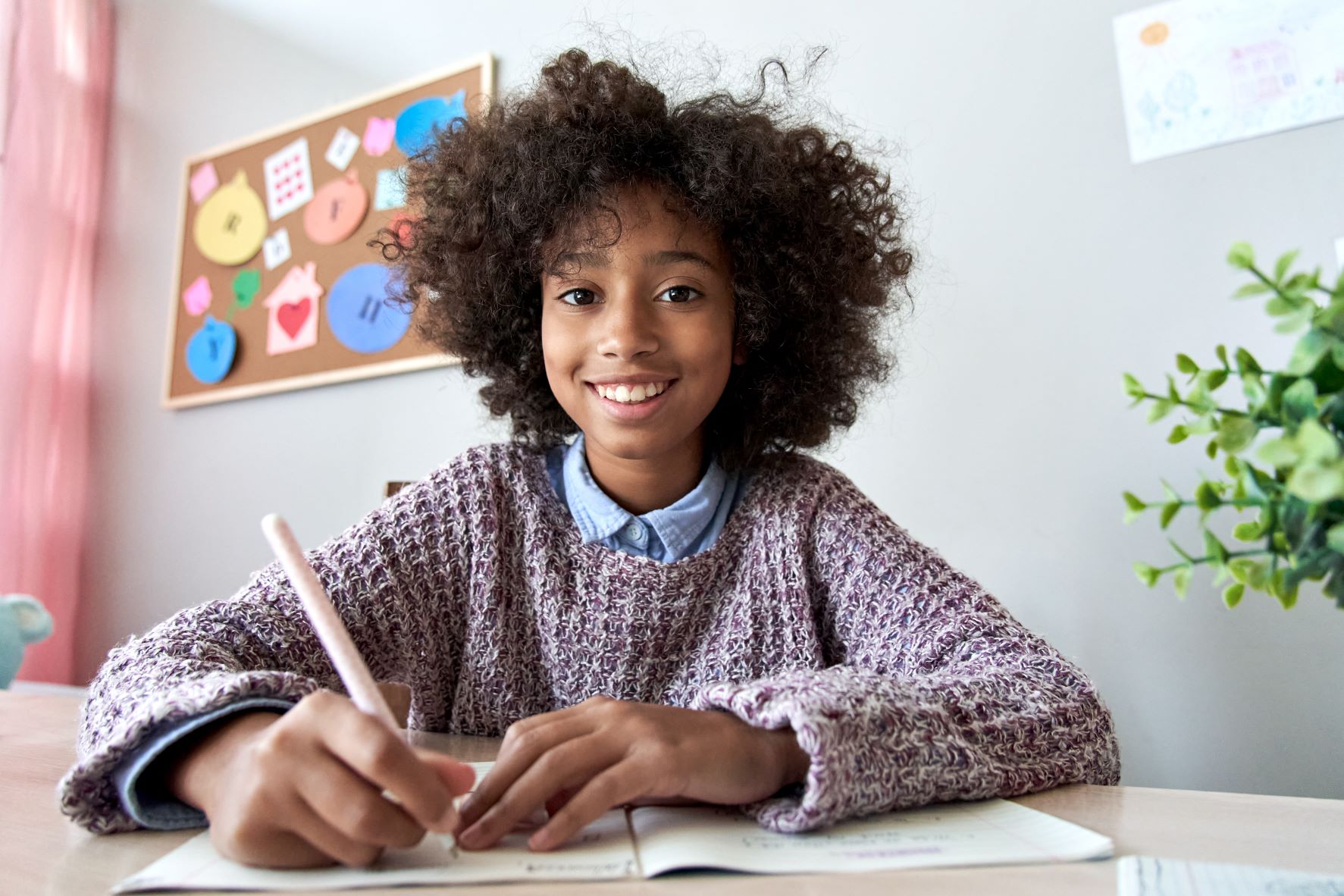 See what staff members and students have to say about how Calm Classroom helped their school become a more peaceful place and create better academic results.

Gompers Principal Melody Seaton sought Jai’s help after learning that some students with behavioral problems have something in common: they're unable to process why they misbehave.

We were just looking for something that might give or equip our students with a way to just know that things happen in life, but they don't have to happen to you.

Jai's meditative techniques, which run 30 seconds to a few minutes are practiced throughout the school day. There are three basic types.

One would be a stretching movement so that the child learns to pay attention to and concentrate on the physical feelings of stretches in their bodies.

And finally, there's direct concentration away for students to focus when their minds start to wander.

Hold your attention on the bell and notice the silence inside of yourself when the bell stops ringing.

Teachers at Gompers lead students in calming exercises each time they change subjects or classrooms. Even the person in charge of school announcements is getting in on the act.

Good morning, this is Mrs. Jacobs with our calming exercise for today.

After the exercise, we continue our work and you can tell a difference because we're quiet. Everybody is concentrating.

A lot of times there are big problems and sometimes I do not get them and so I really have to think about it, so I would breathe in and breathe out and I feel better and I actually get the problem, right?

Teachers are also seeing great results after only a month.

But there's an added incentive which holds the greatest promise.

There's no question that if the students and teachers participate in these activities on a regular basis, there will be less violence in the schools.

Interviewer: After 4 years… how has Calm Classroom benefited your school?

When most people come into our school, they talk about a peace that they feel and I always tell them that it is highly attributed to Calm Classroom being incorporated. Prior to that, it was not always that peaceful because we didn't know what to do. We wanted to have peace, but we didn't know what to do, and so now that we know what to do, we are much more responsible with trying to make sure that happens. And it's not something we have to say, "Okay, we're going to be peaceful today." It just is, and people comment on that.

There has definitely been an improvement in our grades, our scores. We were off probation and over the course of the time of beginning to use Calm Classroom. But the suspensions have gone down, even though they're not as far as we'd like for them to be, but we certainly, when we're dealing with students who are volatile, agitated in some way, especially after an altercation, if we don't begin a conversation, but instead say, "Can we go through a calming activity?" They change completely. Now I've given them time to calm down so that they can speak to me intelligently and not be very hostile.

Interviewer: What would you say to other school administrators about Calm Classroom?

I believe Calm Classrooms should be instituted in other schools because it is the opposite of what we experience in the schools on a day to day basis. Our children are a product of the environment, and so they bring in, unfortunately, what they're exposed to every day, so it's something most schools haven't done. And so I just believe in trying something different. As an administrator, it has been a blessing for me. I use Calm activities all the time, so in my interactions with my staff, I'm a much calmer person than I was prior to 2008. And so I think that because of the environment that we work in as public servants, it's a plus to have something that you can do to protect yourself health wise, and it does.

In the mornings, I deal with more of the younger, so fourth and fifth graders, and they come in and some of them are just angry. Some of them are just full of energy. Some of them are just like, "Whatever, I'm just here.” But after doing the Calm Classroom, I notice sometimes they're just like, "I don't want to do this." But I'm like, "Just try it. You don't even know how it's ... Just try it." And then they'll stand there if they're in the hallway, or they'll sit there in the classroom with their feet flat and their hands on their knees, and then they're doing the deep breathing, or they'll do the one where we focus in on the object. And next thing I know, they're like, "Oh, okay. I'm ready for today."

Interviewer: How quickly have you seen Calm Classroom create positive changes in students?

I can point out several students who I've seen from the beginning of the year who just, like I said, they would come in angry for whatever reason, dealing with home or whatever, big brother made me mad, big sister made me upset. And after using this Calm Classroom, from the beginning of the school year to the middle, they've made a drastic change.

Interviewer: How do you personally use Calm Classroom?

I actually use it more than just at school. I use it more because I do a lot outside of school and I have to take my moment and I have to say, "Okay, Chris, let's get it together before we go out and do what we have to do." And I love the one where we just gaze off, find an object and gaze, and then afterwards, we're still doing that deep breathing. So I use it daily, several times a day, to help myself stay focused and centered. And so that helps me get away from, "Oh, I have to make this phone call. I have to send this email. I have to go see this rehearsal. I have to set up this appointment." It's like none of that exists. I'm focusing ... It could be that bottle of water, and I'm just focusing on that and it's like, "Oh, okay, Chris, everything is all right."

Without the existence of Calm Classroom at Gompers, it would be a pretty chaotic place. Pretty off the wall, I would say.

Interviewer: What would the world be like if more people practiced Calm Classroom?

Christopher Choice Jr.: If more people participated in Calm Classroom in the world, people would be more tolerable. People would have more patience. The crime rate would be down because like I said, it helps you calm back down, center yourself before you do something crazy or say something crazy. So I believe if the world would use Calm Classroom, it would be a much better place.

Interviewer: Why are you doing Calm Classroom?

I'm doing it to calm down, go through the day and nights, don't have no problems, no fights, do my work, and have a wonderful day.

Interviewer: How have you changed?

When I was younger, I used to get a couple D's. Now when I got here and started doing the Calm Classroom in fifth grade, I had all A's and B's through the whole year.

Interviewer: What do you like best about Calm Classroom?

My favorite part about the Calm Classroom is that I can relax and if another student needs help, I could help them because I'm ready, just ready to do everything because it helped me ... Whatever problems I had at home, I come to school just like everything, all that erased out of my head.

Interviewer: How does it help your family?

On Thanksgiving, everybody sit down at the table. It was like oh, this really helps. They liked it and now we do it more often at home now.

Interviewer: How would you be if you had not started practicing Calm Classroom?

I think I would be like ... A lot of stuff would be going through my head. I probably wouldn't be getting grades because I'd be thinking of a lot of stuff that happened at home or back in the past.

Interviewer: What would the world be like if more people practiced Calm Classroom techniques?

They would think, like, what's the point of killing each other? Let's calm down and think about it. Let's be brothers and sisters.

How Calm Classroom Can Help Diverse Learners in Your School District May 26, 2022
Our Top 5 Mindfulness Activities That Middle School Students Will Love May 26, 2022